Nobody was expecting Tottenham v Millwall to be a peaceful match and the fans from both clubs lived up to their expectations of violence as fans clashed outside on their way to White Hart Lane.

Police officers were in abundance in North London but were unable to stop many unsavory clashes between the two sets of fans.

Millwall fans who have always been notorious for violence and in their biggest London derby for some time with the club in League 1 tempers were always likely to flare.

Neil Harris, manager of Millwall, has called for action to be taken against the Millwall fans after racist chants at Heung Son-Min were heard.

Son did go onto further score a hattrick but Millwall fans continued to chant racist things such as ‘DVD’ and ‘three for a fiver’ when the Korean got on the ball, this was referring to the sale of pirated films.

The game looked like a step back in England in terms of football hooliganism as it appeared similar to the scenes in the 1980s. With the use of CCTV the fans involved in the violence and racism will be sure to receive a stadium ban and maybe even a criminal record but it didn’t stop them before so it won’t stop them again. 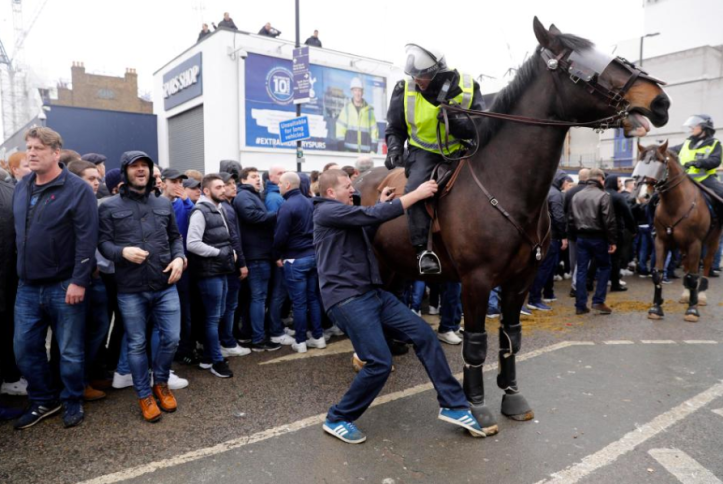 Football has come to be a safe place for fans and families to come and watch football. The events at White Hart Lane today are sure to have put off some fans coming to derby games ever again.