Is it time for Massimo to go from Leeds?

Tobias Parry discusses the situation with Massimo Cellino and Leeds: 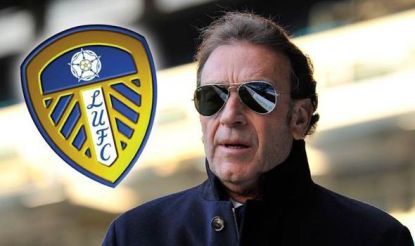 There’s one thing that is a fact at Leeds United is that Massimo Cellino isn’t liked by everyone. Back in February this year a set of fans created the group Time To Go, Massimo clearly highlighting their desire for him to leave the club.

With Leeds falling from English football domination, fans have had to endure the hurt that comes with relegation and their hopes of returning to the premier league dashed. I had the great opportunity to talk to Time to Go Massimo group and have answered my questions relating to their aims.

Firstly, many pro Cellino supporters claim that there’s no point protesting and it’s not worthwhile, I asked TTGM (Time To Go Massimo) this very thing they replied with “We certainly think that the protests are worthwhile“, they’re providing a platform to fans that are unhappy with the Cellino regime. On Saturday 16th April fans marched onto Elland road and the number has been hotly debated about but TTGM say “over 1000 fans” this was just after two months after the group was made showing the amount of people unhappy with the regime.

Many pro Cellino fans quickly say that they’re not the majority of fans and TTGM responding with “it’s difficult to tell, as we’ve had hundreds of donations and the 1000 plus that marched on Saturday, but for us it’s not to claim to be the majority in fact we’ve never attempted to do so” whether they are the majority or not that doesn’t seem to be the main point in their campaign.

The main thing said repeatedly is that they do not believe that Massimo is listening to the protests and when I asked TTGM this they replied with “it’s difficult to say, he clearly listened after the Blackburn game as he said he’d sell the club afterwards. He has remained quiet about the most protests – barring the nuclear response after the poster outside Elland Road.”

What have been apparent is the creative ways to protest against Mr Cellino. TTGM said to this “we’ve been to be as different and weird as possible so far. The projection onto the east stand was pretty clear and loud, we’ve got our bus stop ad up, flyover, a march etc, and we are happy with them so far.”

Whatever your belief is, the group has a right to protest and they are looking to do further protests.