Gus Skinner previews Group A in this years European Championship:

Albania may surprise a couple of people at Euro 2016. They finished second in their qualifying group above Denmark and Serbia by taken 14 points from their 8 games. This included a 1-0 away win against Portugal. They are clearly not terrible but will have tough competition with both France and Switzerland in their group. Although they have no super stars they are a very stable team with manager Gianni De Biasi being in charge for his fifth year. They are a relatively experienced side and having won more games than they have lost under Gianni De Biasi so they are a side that cannot be taken easily. 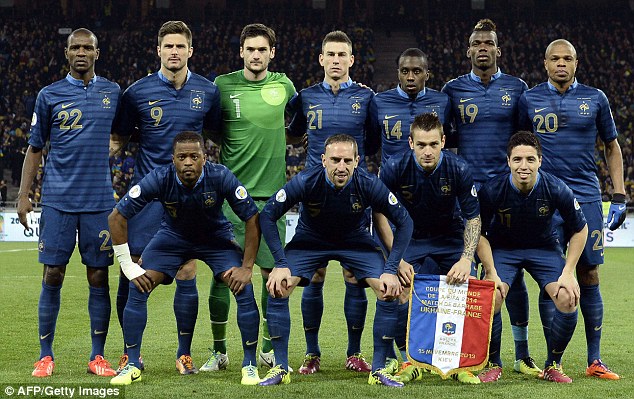 The host nation France are surprisingly favourite to win the competition with ‘Betfair Exchange’ offering 4.2/1 for them to win the competition. When you look deeper into why they are favourites it becomes obvious. Their squad is unbelievable in talent and in depth. They have the likes of: Lloris, Varane, Sakho, Sagna, Koscienly, Cabaye, Payet, Pogba, Valbuena, Matuidi, Ribery, Griezman, Giroud, Martial, Lacazette. Didier Deschamps is going to have a nightmare picking his best 11 players. Their depth is one of their main strengths as this competition requires a high level of fitness after a long season at their respective clubs. Their midfield is definitely their strongest part of their team and with emerging talents such as N’Golo Kante they will have a strong balance of attacking midfielders and players willing to sit back and do the dirty work which is so important in big competitions. They have been quite lucky in their group as Albania and Romania should not be too difficult but Switzerland could throw up a surprise. France could possibly go all the way this year and I wouldn’t back against when you look at Germany and Spain’s teams starting to look a bit aged.

Although on paper Romania’s squad don’t look great they have had a very good campaign so far in qualifying for the Euro’s as they still remain undefeated. They were just pipped to the top spot in their group by Northern Ireland but that will not put their hopes down. Part of the reason why their qualifying campaign was so successful was because of their defence. On average they conceded 0.2 goals per game in qualifying conceding on twice in their ten games. A lot of credit has to go to Anghel Iordănescu for organising them so quickly after only taking charge in October 2014. With the group stages only consisting of 3 games a steady defence could be very important. I can see Romania putting a lot of pressure on Switzerland for that second spot in the group.

Switzerland have again qualified for Euro 2016 only losing to Slovenia once and England twice in the process and winning all of their other games. They have a talented squad with some new young talent such as Embolo who will look to make an impact on his first major competition playing for the senior Switzerland team. Of course Shaqiri will be up to his usual tricks showing off his skills. If Switzerland think that they are going to walk this group to get an easy second and then move on to the knock-out stages without having to play well then they could be in trouble because Romania will be right behind them.