Taylor William’s Player and Youth Player of the Season

Taylor Williams talks us through his pick for the two prizes:

Who has been the best in the Premier League this season?

While all these players are deserving of the award only one can win. But in all honesty I think that this comes down to really two players. Riyad Mahrez and Dimitri Payet.

Mahrez has been unbelievable this season. He has been one of the key reasons Leicester are at the top of the table and seemingly locked in to win the title. Mahrez has scored 16 goals and has tallied 11 assists this season. Mahrez has been also creating many chances this season both in the run of play and drawing fouls. He’s averaging 3.3 dribbles per game while also being fouled 2.2 times a game. Every time he has the ball at his feet you think he’s about to create something special the man just has a knack for creating scoring opportunities.

Dimitri Payet has also been outstanding this season. He has adapted to the Premier League every well scoring 9 goals and adding 8 assists, pretty great numbers knowing he missed nearly 2 months in the first half of the season with an ankle injury. Not many people are more exciting to watch on the ball. Payet has created 92 scoring chances this year. He has also been a very exciting and lethal free kick taker.

Let’s get started with what everyone is talking about, the Player of the Year award. So

My Pick is Riyad Mahrez

Now on to the next big award. Every year it’s always fun to watch and see who is going to be the next young player to jump out and get their career started in a big way.

While all 6 players have been excellent this year, but honestly this is really down to 2 players, Harry Kane and Romelu Lukaku.

Harry Kane has been brilliant this season. Harry Kane has been the main reason why Tottenham Hotspurs sit in 2nd place looking almost guaranteed to look up a champions league spot. He has scored a league leading 22 goals and added 1 assist. Whenever Harry Kane is on the ball there is always a chance of a goal. Kane has scored with both his left and right feet as long as also having scored with his head this season. Kane has also created 40 scoring opportunities this season even though only 1 ended in goal.

My Pick is Romelu Lukaku 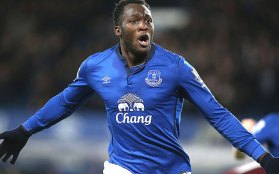