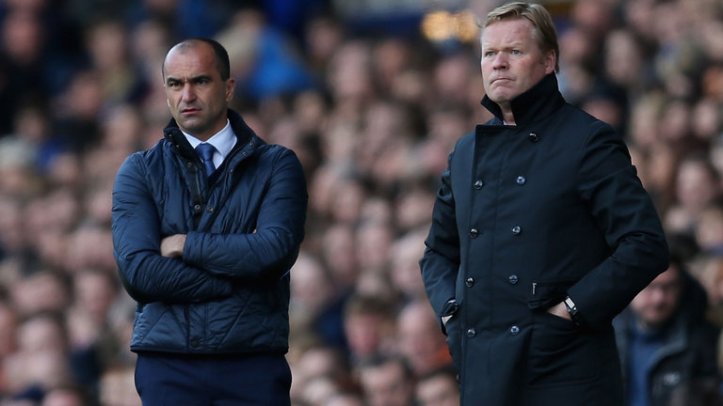 Many thought it was a no-brainer for Ronald Koeman to stay at Southampton after leading them to a sixth-position finish but when Everton came in and offered the Saints Boss the job it seems he couldn’t refuse.

After Everton sacked Roberto Martinez at the end of last season nobody was surprised after he had been given the budget and had a striker who scored 17 goals so finishing 11th in the premier league was not good enough for the fans or Bill Kenwright who reluctantly sacked him. Martinez and his whole team went out with him meaning Ronald Koeman has a choice to bring in whoever he wants from Southampton or from other places.

The only stall in the deal so far is the £5m compensation deal for Southampton who have lost their manager. Koeman is making sure Everton are willing to pay this before he commits to making the deal. In his first year Everton have indicated that they will allow him to spend £100m on transfer deals which surely has to be a huge contributor because he must feel that the potential to be near the top of the league is better with Everton than it was with Southampton. Also Koeman will be around paid £6m a year by Everton.

It seems as if the deal will be done before Euro 2016 by Everton and Koeman will bring his whole support staff from Saints with him.

Koeman and Southampton suited each other very well so he is a brave man to leave a comfortable club where he is loved to a new, ambitious club. I guess all we can do is wait.