I’m sure not one single person reading this can deny their excitement for the European Championships this summer, which kicks-off this Friday between hosts France and Romania. Perhaps one of the most unattractive groups in the tournament is Group F, which accommodates Portugal, Austria, Hungary and Iceland. Now, I would be lying if I said I knew a lot about the last three competing nations – so with a bit of research I’m going to run down each of the four nations; how they qualified, how they’ll perform at the Euros and players to watch.

I’m going to start off with Portugal, who in my opinion are favourites to win this group and progress to the knockout stages of the competition. The Portuguese had to qualify for this year’s tournament through Group I with Albania, Denmark, Serbia and Armenia – perhaps one would say a no brainer to who would win that one.

The Portuguese were very much confident they would qualify but they didn’t get to the best of starts. In their opening qualifier in September 2014 ‘A Selecção’ (The Selection) would fall to defeat on their home turf to outsiders Albania 1-0. Then they looked likely for a goalless draw the following month on their travels against Denmark, but won the game due to a Cristiano Ronaldo winner in the 95th minute. Let’s go eleven months into the future and Portugal were on 18 points after beating the Danish 1-0 in October of last year.

One more round of games remained in Group I with Serbia being the hosts, goals from Nani and João Moutinho ensuring the Portuguese finished top of the qualifying group on 21 points. Their topscorer was none other than Cristiano Ronaldo with five goals.

In my opinion Portugal are going to finish top of Group F at the European Championships but there’s always space for a surprise. They obviously have the likes of Ronaldo, Nani, Moutinho and company but I think someone who could be instrumental if they are to have success is Andre Gomes. Only 22 years of age, the Valencia midfielder offers so much in terms of widening the play and has an eye for that ‘killer pass’.

Austria are the bookies’ second favourites to top Group F at the Euros, but are more than likely going to finish second – behind the Portuguese. The Austrians had to qualify for this summer’s tournament through Group G, which included; Russia, Sweden, Montenegro, Liechtenstein and Moldova.

Burschen (Boys) would start their qualifying with a 1-1 draw at home to Sweden before winning their following nine matches in Group G, scoring twenty two goals and conceding just five. That meant Austria would finish their campaign at the top of the group on 28 points, eight ahead of second-placed Russia. 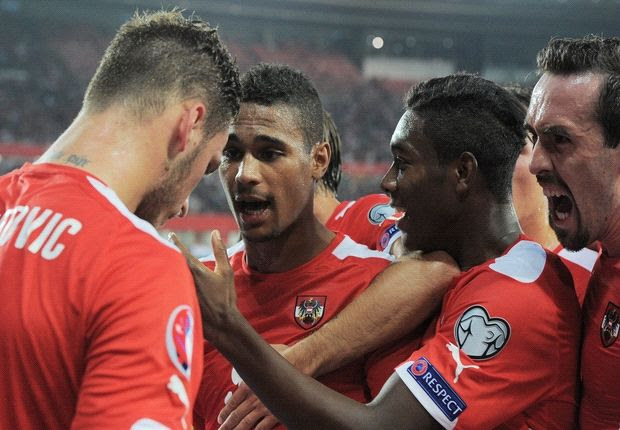 Their topscorer was 32 year-old Basel striker Marc Janko with seven goals. David Alaba of Bayern Munich and Stoke City’s Marko Arnautović contributed another 7 between the two of them.

With Austria being second favourites I think the only nation they will struggle against will be Portugal, who they play on Saturday 18th July. I think Janko will be their main threat again but David Alaba is not afraid to get forward and we can see him getting one or two goals in the tournament.

Admittedly, I don’t know too much about the Icelandic National Team but I’m going to give it my best try. Iceland had to qualify for Euro 2016 through Group A which included the likes of The Netherlands, Turkey and Czech Republic, with Kazakhstan and Latvia as well.

Strákarnir okkar (Our boys) kicked off their qualifiers with a comfortable 3-0 victory against Turkey. Just a month later Iceland recorded another three-goal win, but this time on their travels in Latvia. Three days later on October 13th 2014 and the Icelandics shocked group favourites The Netherlands with a two-nil triumph against the Dutch. In just three games Iceland had scored eight goals with Gylfi Sigurðsson already having four to his name. 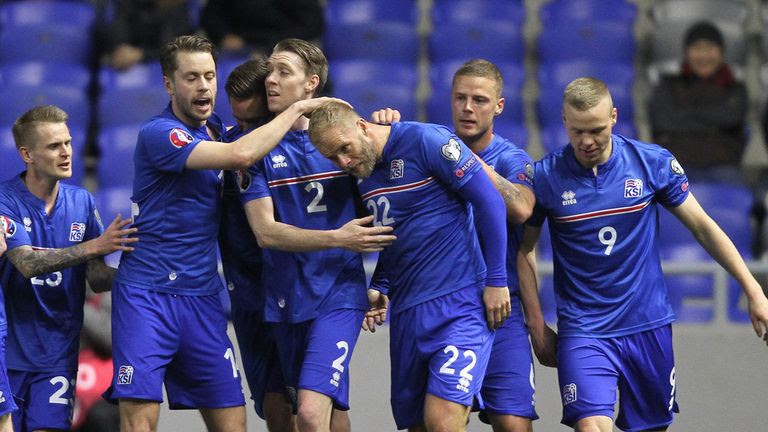 They picked up eleven more points in their next seven games and would eventually finish second in Group A, behind Czech Republic and ahead of Turkey.

Swansea City attacking midfielder topped the goal tallies of the qualifying group with six goals and I can see the 26 year-old being Iceland’s main threat again at the European Championships, if they are to defy the bookies and go into the knockout stages.

Last but not least is Hungary, whom I tip to finish in the bottom two of Group F at the Euros. The Hungarians were in the same group as Northern Ireland, who of course go into the tournament 12 games unbeaten.

Of the four teams in this group, Hungary are the only nation to qualify via the Play-Offs. The Magical Magyars had to start-off qualifying though with a 2-1 defeat on their home turf to eventual group toppers Northern Ireland.

In fact, the Hungarians would struggle to find the back of the net as they scored just 11 goals in ten games and four in their opening five matches. Finally, finishing third behind Michael O’Neill’s side and Romania. The 20th-ranked nation in the world would have to qualify in the Play-Offs, with Norway standing in their way. Hungary won the first leg away two goals to one before winning the return tie 2-1.

Their top goalscorer in qualifying was between Dániel Böde and Krisztián Németh as both got two goals each. Honestly, I am no expert on the Hungary National Team but I don’t see any real threat on their side. However, if I had to choose a star player it would be striker Ádám Szalai – who finished last season on-loan at Hannover 96 and does offer some international experience with 32 caps to his name.

Thank you for reading, hopefully you enjoyed and let me know in the comments any star players I missed out who may carry their team at the Euros in 2016.