A New Breed of Hooligan

Gus Skinner looks at a new type of football hooligans that have come into light recently:

Over the last few days more and more information is coming out from Marseille of how the violence started and whose fault it was. It is becoming more obvious that it was in fact not the English who instigated the violence but a group of Russian ‘ultras’. Although England is notorious for their hooliganism from the 1980s, they are now considered to not be as violent as they were. However especially in eastern European countries such as Ukraine and Russia a new, more brutal hooligan seems to be emerging. 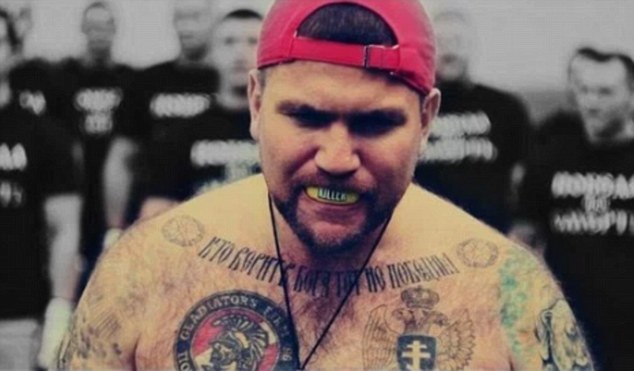 Many Russians came to France not to watch the football but to show their dominance in Europe. A Russian hooligan named Vladmir reported on the Daily Mail why the Russians were attacking in such as violent manner. He talks about how in Russia there are 3 main firms – Spartak Moscow, CSKA Moscow and Zenit St Petersburg. These 3 firms when in Russia are responsible for a lot of violence against each other with many of them being hospitalised. However when it comes to big events such as the Euros they join together. Vladmir told the daily mail that “we went to show that the English are girls” and how the “Russian guys come especially with this aim”. This says a lot about the Russian fans because it shows that they are not interested in the football but they are interested in the hooligan side and having fights. This is totally different to how it used to be especially in England. Fans were very interested in the football and the fighting was a bonus that came with it but the Russians will sometimes not turn up to the game but wait for the opposition supporters because all they are interested is having a clash and showing their dominance.

The very worrying factor about these Russian hooligans is their organization. Hooliganism is normally a spur of the moment thing where a firm may see another firm and just go to fight with them. These Russian Ultras seem to have far more organization in the way they attack. They club together in packs and attack small groups of opposition fans. It has less risk than going against the big groups and it is more likely to have ‘success’. 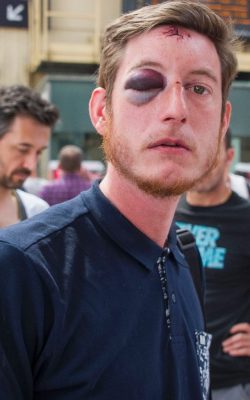 English fan Martin Lowe was attacked by a mob of the Russians while enjoying a beer at pub with fellow English fans, not causing any trouble just having fun at the pub. He said that “at least three or four hundred” Russian ultras charged down the street at them. He was subsequently knocked out and left with a black eye. The organisation and the brutality of the Russian ultras could be catastrophic as we saw in Marseille with poor policing.

The reason why there are nearly 30 English in hospital in France at the moment is down to the strength and training the Russian Ultras have. Compared to the old-fashioned hooligan these ultras are very violent and well-trained. Many of them in Russia are boxers or MMA fighters making them deadly to anybody without training. Also many of the Russians carry weapons with them such as knives which shows their intent is not just to land a couple of punches but to do real harm.

All I remain to say is that I am disgusted by these so called fans. If the other fans are wanting a fight and trying to cause trouble than I understand the violence by attacking innocent bystanders who support the wrong team is disgusting. Although it will do nothing to stop the hooligans I hope Russia is kicked out of the tournament.