No call for Karim: Were Germany wrong to leave the Leverkusen man behind?

Henry Flynn looks at Germany’s strange selection:
The word ‘toothless’ is not often associated with Germany, especially at major tournaments.
However, judging by the national team’s second game at UEFA Euro 2016, the adjective seems to sum up where this Germany squad are lacking at the moment; a killer instinct in front of goal.
If the opening game was anything to go by, the team looked like their normal selves, dispatching a disorganised Ukrainian side in Lille by two goals to nil. A ruthless Mustafi header in the first half was compounded by a flowing move at the end of the second period, in which Bastian Schweinsteiger’s finish sealed a comfortable victory.

Unfortunately for Germany, it wouldn’t be so easy the next time around. Poland, a team spearheaded by Bayern Munich striker Robert Lewandowski, made it difficult for Die Mannschaft. Flowing moves from the Germans characterised the game but were to no avail; Germany were unable to break down the opposition, struggling to find a clinical finish to a series of well-worked passages of play.
The goalless draw against Poland was the first of this year’s tournament in France and has incited frustration amongst German supporters, many of whom hope for the return of veteran striker Mario Gomez, a man brought back into the national team set-up after an impressive campaign with Turkish champions Besiktas. Despite his talents, the other Mario (Götze) has failed to convert chances in front of goal, leaving manager Joachim Löw with an important decision to make ahead of the team’s final group game against Northern Ireland.
Yet, it seems that the problem may run deeper than just a clinical striker. Although Löw has shaken up the squad personnel since the last major tournament, with the inclusion of players such as Jonas Hector at full back, he has also made some surprise exclusions, not least the decision to leave out winger Karim Bellerabi, who enjoyed a superb recent season in the Bundesliga with Bayer Leverkusen.
Fast, intelligent and willing to break defensive lines, Bellerabi finished the recent season with the second highest number of assists. He may be young and inexperienced on the international stage, yet his vigour and productivity in the final third could be what is left wanting in this German team. Many would consider the choice surprising considering Löw has decided to recall the likes of Lukas Poldolski, a player of undoubted quality, yet arguably beyond the peak years of his international career. 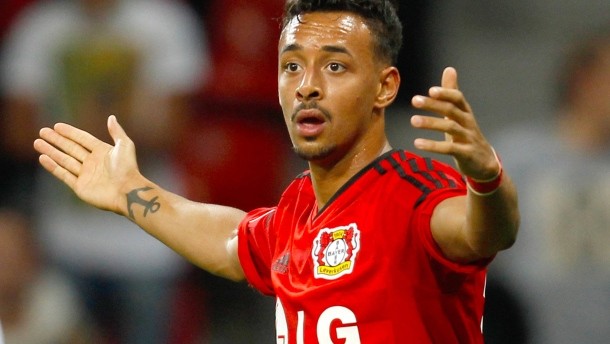 Indeed the decision has provoked a feeling of disappointment amongst the German fans, not least the Bayer Leverkusen sporting director Rudi Völler who declared himself as ‘disappointed’ yet also sympathises with the position of national team boss.
“I’m disappointed, but I also know how difficult it is for Joachim Löw” he said about the announcement.
So as the final group game approaches, Germany will be fully aware that they must be more clinical in order to break down a sturdy Northern Irish defence. Germany are still very much a dangerous team in this tournament and history tells us that they have a tendency to hit form at the right time, so critics should right them off at their peril.
Indeed, even were they to fail to win this competition, the German team will surely return again live and kicking, with players such as Karim Bellerabi just one of many promising young players to be manufactured by the German conveyer belt. As long as Löw gradually integrates this exciting pool of talent into the first team whilst not allowing certain more experienced players to go passed their sell-by date, Germany will continue to be a huge force in major international tournaments for years to come.
It is going to take much more than a goalless draw against Poland to rattle this talented team.
Article written by Henry Flynn