With Euro 2016 into the knockout stages now, the transfer business being done by a lot of European clubs has gone unnoticed – especially with some big names on the move going beneath the radar. The tournament is also a way for players to showcase their talents and ability on the international scene to push for a move away from their current club.

Plenty of Spanish clubs have started their business this summer for reinforcements, with Barcelona the only team from La Liga not to have done any business as of writing this. Atletico Madrid haven’t wasted any time and have already brought in two signings to the Vicente Calderon. Nicolas Gaitan has joined Diego Simeone’s side for a fee in the region of £15.5 million meanwhile their second arrival has also come from the Portuguese league as Paços de Ferreira attacking midfielder Diogo Jota, 19, signed a five-year deal with Atletico back in March for a price of £7 million.

Real Madrid haven’t wasted too much time in their search for a new striker, with the uncertainty surrounding Karim Benzema, as the Spanish giants have signed striker Álvaro Morata after triggering a €30 million release clause in the 23 year-old’s Juventus contract just last week. The Spain international, currently on duty with his country, has returned to the Santiago Bernabéu after spending two seasons in Italy. Meanwhile, there has been one departure at Real as winger Denis Cheryshev has moved to Villarreal after being surplus to requirements and a loan spell last season at Gary Neville’s Valencia.

The busiest teams in La Liga have been Malaga and Real Betis, both making four signings each.

Bundesliga champions Bayern Munich have been the biggest spenders in Germany so far with just the two arrivals this summer so far. 18 year-old Portuguese international Renato Sanches has made the move from Benfica to Bayern for a fee of 38 million euros, whilst Mats Hummels has also joined for a similar fee after requesting a transfer from rivals Borussia Dortmund. There has been one player to leave the Allianz Arena, as defensive midfielder Sebastian Rode has moved in the opposite direction to Hummels.

Dortmund have been the busiest club in the Bundesliga with five signings. Young Turkish international Emre Mor has joined the Black and Yellows from Danish club Nordsjaelland and 19 year-old winger Ousmane Dembélé impressed enough in France’s Ligue 1 to earn a move to Borussia Dortmund. Their high profile arrival though is probably defender Marc Bartra, who has joined for a £8 million fee from La Liga champions FC Barcelona.

Bayer Leverkusen have also not taken long to strengthen their squad, with the addition of four new players – the stand-out being striker Kevin Volland from Hoffenheim for 20 million euros. Wolfsburg have lost perhaps their star man as Brazilian Naldo has move to Schalke on a free transfer to replace the departing Joël Matip, who has of course agreed a deal with Jürgen Klopp’s Liverpool.

Not too much to report on from Italy, but Euro 2016 hasn’t stopped the big clubs from doing transfer business. Juventus’ main acquirement has been 26 year-old midfielder Miralem Pjanić from AS Roma, a price near £30 million was thought to be agreed. This has only fuelled the speculation of the departure of Paul Pogba, who has been rumoured with some of Europe’s biggest clubs. 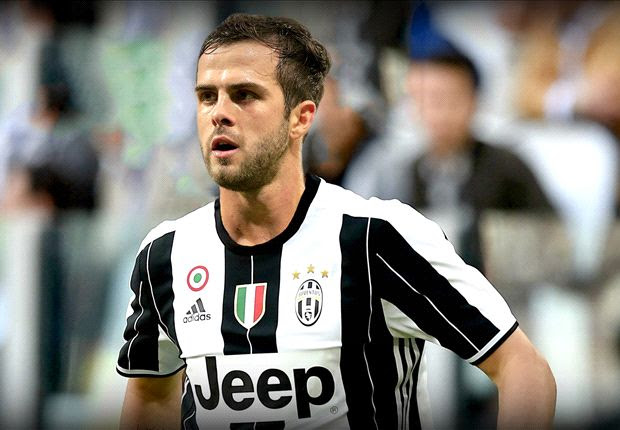 Milan’s rivals Inter have made one signing as of yet, with the capture of Turkish left-back Caner Erkin from Fenerbahçe. Meanwhile Napoli have spent 10 million euros on former Italy Under-21 international Lorenzo Tonelli, who spent six years at Empoli. Manchester City youngster Seko Fofana has also made the move to Italy, recently agreeing a £3.5 million transfer to Udinese.

Benfica have made two signings this summer, with midfielder Andre Horta signing from fellow Primeira Liga club Vitoria Setubal for an undisclosed fee and highly-rated winger Andre Carrillo has moved on a free transfer from Sporting Lisbon.

Scottish giants Rangers are in for challenging Celtic after having to climb up the league ladder, as the Gers have completed three arrivals at the Ibrox. Former Premier League midfielder Joey Barton joined on a free from Championship winners Burnley, Jordan Rossiter signs from Liverpool after limited chances in the first-team and ex-Queens Park Rangers and Tottenham Hotspur attacking midfielder Niko Kranjcar put pen-to-paper on a two-year deal from New York Cosmos.

That is all from the ‘bigger’ clubs in Europe in this summer transfer window so far. Let me know if you want me to do a Premier League round-up!