Ryan White rounds up the transfer activity in the Premier League:

The summer transfer window is in full swing now as we head into the knockout stages of Euro 2016. Premier League clubs haven’t been as busy as a lot of European teams have so far, but there has been a number of high-profile signings which have perhaps gone unnoticed with the tournament taking up most of the news. I will also state all information is correct as of writing this, so please don’t hate if something may be incorrect.

Starting off with Arsenal, the Gunners have completed one major transfer and that was Switzerland midfielder Granit Xhaka moving to the Emirates from Borussia Monchengladbach for a fee around 45 million euros. The 23 year-old was recently ended his journey with his national team at Euro 2016, having lost on penalties to Poland and missing the only spot-kick from the shootout. 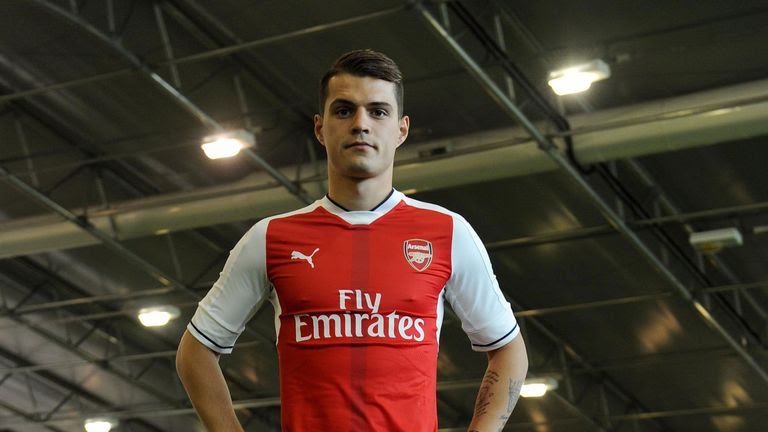 Premier League champions Leicester City have not wasted any time since lifting the world-renown trophy back in May, with the King Power Stadium club making three signings. Firstly, Spanish striker Raul Uche who has only joined Claudio Ranieri’s team in the last few days but is most likely to start the season off in Leicester’s development squad. They have also added competition for goalkeeper Kasper Schmeichel as Ron-Robert Zieler moves to the champions from German club Hannover for £3.5 million. The Foxes have strengthened at the back with the addition of defender Luis Hernandez arriving from Sporting de Gijon in Spain.

Both Manchester City and United have made one signing each, but both have been of hefty fees. Pep Guardiola has started his transfer business at the Etihad after completing the transfer of German midfielder İlkay Gündoğan for £25 million  from Borussia Dortmund. Meanwhile, José Mourinho has realised the defensive frailties at Manchester United and as a result has added Ivory Coast international defender Eric Bailly from La Liga’s Villarreal.

Tottenham Hotspur have finally got their after several transfer windows linked with the player, as defensive midfielder Victor Wanyama arrives at White Hart Lane from managerless Southampton for a fee believed to be near the £15 million mark. London rivals, West Ham United, haven’t wasted their summer time either with three new signings. 18 year-old highly-rated Spanish striker Toni Martinez has joined Slaven Bilić’s team from Spain’s Valencia, along with winger Sofiane Feghouli. To add to those, the Hammers completed a deal for Norwegian midfielder Håvard Nordtveit on a free transfer. Jürgen Klopp hasn’t been too busy at Anfield with just two arrivals, and that is centre-half Joël Matip joining Liverpool from FC Schalke. As well as competition for Simon Mignolet as Loris Karius moves for £6.1 million from FC Köln in the Bundesliga.

Newly-promoted Middlesbrough have had one signing arrive at the Riverside, Danish winger Viktor Fischer joining the North-East club from Ajax. Southampton recently announced England Under-21 international as a Saints player, signing a five-year contract at St. Marys’ from relegated Norwich City. Eddie Howe’s AFC Bournemouth have one new signing so far this summer with Emerson Hyndman joining from Championship side Fulham. Meanwhile, Watford confirmed the transfer of striker Jerome Sinclair, 19, from Liverpool last month.

Let me know what other leagues I should look at.