With Another weekend of Irish League fixtures coming up I’m here to preview them in what should be a goal-filled Saturday.

Gavin Dykes visitors are five points ahead of Rangers in the table so a win for the Ducks would put Aaron Callaghan’s Rangers in a lot of trouble.

Carrick have only taken two points out of their last six league games a worrying time for supporters of the Amber Army .

However the Mallards will be without key man and leading goalscorer Adam Lecky who has recently gone to Australia.

Crusaders travel to the Oval to face Glentoran in what is Saturdays game of the day surely , the two sides played not that long ago the game ending in a 2-2 draw .

Glentoran will be aiming to get a response from last weekends defeat to rivals Linfield . There will certainly be goals in this one as both sides have good attacking talents such as Jordan Owens and Curtis Allen . 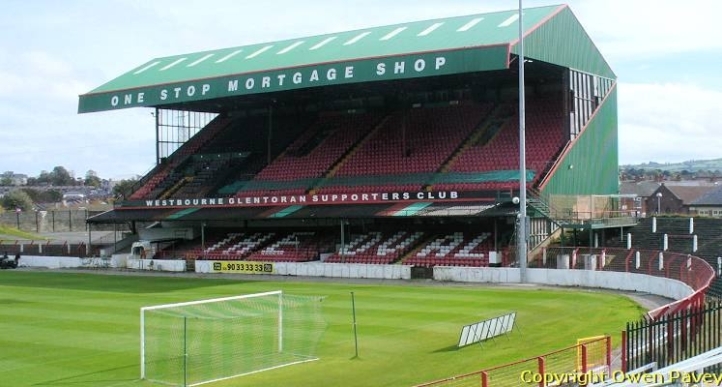 Linfield travel to Mourneview Park to face of against Glenavon ,Linfield have struggled in their last few games against the Lurgan Blues including an Irish cup final defeat last season.

Linfield have been inconsistent in the league this season a loss tomorrow and a Crusaders win would surely see the Gibson cup return to Seaview.

Glenavon have been on a poor run so far this season but with last weekends cup victory that could give the Lurgan Blues confidence .

Cliftonville’s run of form hasn’t been great but they will be boosted by the signing of Joe Gormley this week but he cant play until next season .

David McDaid will be the key man as he has scored seventeen goals this season .  The Reds aiming for their first win in four games and to keep intact with Linfield in the race for second its a must win game.

Coleriane play at home to bottom side Portadown ,Niall Currie signing Matt Hazley for the Ports. The Bannsiders coming off the back of a 5-1 win over Carrick Rangers last week .

Oran Kearney has solid foundations at the Showgrounds so they will be favourites for this game .

In the final game of the weekend Ballymena United take on Dungannon Swifts. Both sides are in-form so this should be a very good game .

Andy Mitchell is the key figure for the Swifts with many Irish league clubs chasing his signature while Joe McKinney who signed this week is in line to make his debut as David Jefferys side hope to stable their position in the top six.