Ryan takes a walk down memory lane to 5 Football League grounds that no longer have football being played:

The traditional English football stadium is a rarity of the modern game. With just a handful of stadia now having your typical four stands, which I’m sure a lot would agree created the better atmosphere.

Firstly, is Layer Road of recently relegated Colchester United. Built in 1910, it served as the home of The U’s for 71 years, when it was closed in 2008 and eventually demolished four years later. The site Layer Road once stood is now a housing estate, with the only recollection of the stadium being a statue of Colchester player Peter Wright. Layer Road was an exciting prospect for away supporters, being mostly terraced and created an electric atmosphere for both sets of fans. The reason why Colchester United moved was simply to progress as a football club, their former home could only occupy just over 6,000 but many will admit the new Community Stadium is very lack lustre and soulless. 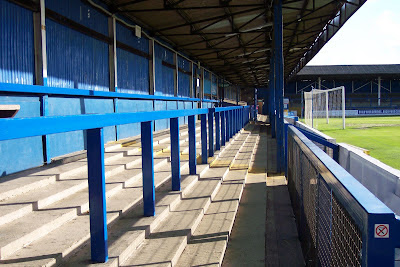 The Belle Vue stadium has and always will be in the memory-bank for Doncaster Rovers supporters. At the ground’s peak in 2004 it could fit in 11,500 and at full capacity, one of the best atmospheres in English Football would be created. Unfortunately, after the renovations of ’04 the ground would only be the home to Doncaster for two more years where the last game at the Belle Vue being a 1-0 win against Nottingham Forest, before moving into the 15,000-capacity Keepmoat Stadium

There are still signs of the Belle Vue site, although very little remains. In 2007, an explosion in the Main Stand was heard in the early hours of the morning. Turning out to be an attempt of stealing the boiler, gas pipes were left open and the stand went up in flames. After this the demolition began of Belle Vue, especially the main stand. Terracing is still visible and some parts of the pitch.

Highfield Road served as the home of Coventry City for the best part of 106 years. It was fondly remembered for a fantastic and buzzing stadia, but it did represent a traditional Football ground which will forever be cherished in the fans’ hearts of the Sky Blues.

The stadium of Highfield Road was built in 1899 for the purpose of Coventry City to play there, and they did so until 2005. Their final game was a 6-2 victory against Derby County. Due to the ever-improving facilities of other football clubs in England, Coventry were forced to move to the newly-built Ricoh Arena. Highfield Road was demolished in 2006 and is the site is now home to housing development.

Premier League side Southampton played the majority of their club’s history at The Dell. A ground known for its odd infrastructure and a seemingly ever-growing seated-stand. The Saints moved there in 1896 when it was being occupied by Hampshire County Cricket Club, and was the home Southampton until May 2001. The Dell was another ground not particular known for the electric atmosphere but just based on the structure and shape of the stadium. 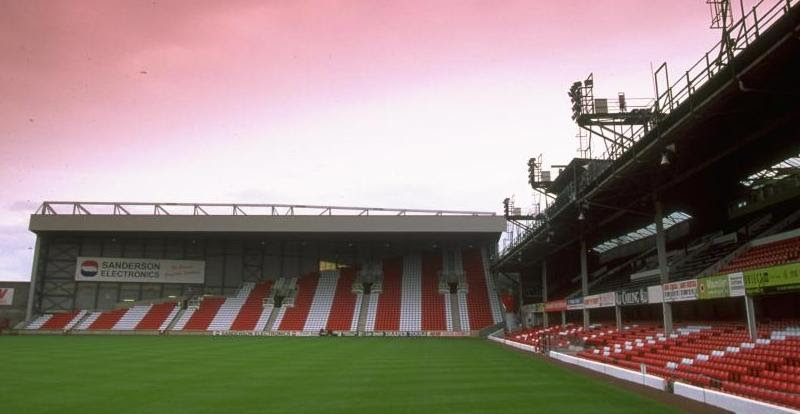 Millmoor served as the home of Rotherham United from 1925 until 2008 when a dispute over ownership led to The Millers moving to the Don Valley Stadium in Sheffield. It was opened in 1907 and had numerous renovations, most recently in 2004. At Millmoor’s capacity 8,300 supporters would be able to fit inside.

Reason why Millmoor is even on this list is because of that traditional English feeling to the stadium, you knew once you walked through the turnstiles that it was going to be a great game with a great atmosphere. Unfortunately, Millmoor sits unoccupied today with no plans for it in the near future.

If there’s any other former Football League grounds that I’ve missed, make sure to let me know! Thank you for reading…