Claude Makelele has joined Paul Clement at Swansea in their battle to survive the drop this season. The Frenchman played under Clement for a short period of time while he was at Chelsea but also worked with him when Clement was at PSG. 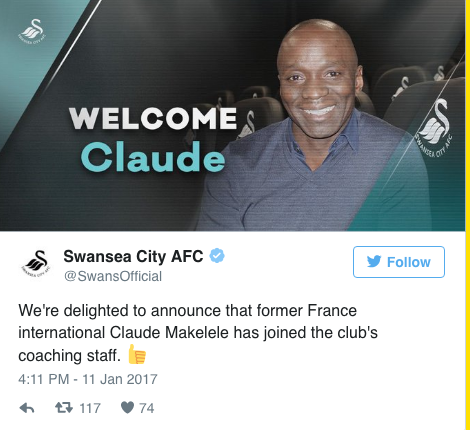 Makelele, now 43 years old has only had one taste in management previously and it was unsuccessful. He managed Bastia for 6 months before being sacked after not making an impact. He may well prefer the role of being a coach than being the manager.